"But in my heart, I've discovered that I am an Abbey Mount girl."

-Poppy in the Honor Court

Poppy Moore is the daughter of Mr. Gerry Moore and has a younger sister, Molly. In a wild prank with her friends, she ruins all her father's girlfriend's belongings. When her father angrily arrives, he tells her that he is sending her to boarding school in England. Arriving at the school, called Abbey Mount, Poppy meets the headmistress, Mrs. Kingsley, head girl, Harriet Bentley, and her 'big sister', Kate. She is miserable in her new life as she does not fit in, and has no friends. After two weeks, Poppy sneaks out after light.

While out, she writes an email to Ruby, her former best friend, complaining about her new school. She sees one of her roommates, Drippy, walking through the hall, and follows her to the kitchen, where she sees her indulging in ice cream.

Disgusted, Poppy walks back. As she is, however, there is a fire drill, and she sneaks out the window to avoid being caught in the halls without permission. She ends up in the bathroom of an unknown man, who she assumes is a teacher, and tells him her name and is directed on how to get out. Poppy's unaware that the boy was Freddie. During a fight that ensued with Harriet, she learns that the person was actually Freddie, and Harriet becomes embarrassed and angry when Poppy exposes her crush on Freddie.

After getting dirty water on her by Harriet's "maid" (really an intimidated Year 7), Poppy and Kate become semi-friends. Revealing that the girls' dinosaur cell phones were decoys meant to be confiscated, Kate lets Poppy use hers to call Ruby. When Ruby sees Poppy's message, she is disgusted at Poppy's appearance and it is revealed that Poppy's boyfriend, Roddy, has been cheating on her with Ruby. After Poppy reveals that her mother died several years ago, her roommates decide to help her get expelled. Together, they carry out several pranks which gradually brings them closer together. When none of their plans work, they decide to seduce the headmistress's son, Freddie, who is strictly forbidden to fraternize with any of the girls. After dancing with Freddie at the school dance, Poppy trips and hits her head, which leads Freddie to take the concussed Poppy outside for air, where he attempts to kiss her but is caught by Harriet's followers, Charlotte and Jane. But before she leaves, he asks her out on a date. The next day, after being scolded by Ms. Kingsley for her behaviou and drinking the previous night, Poppy discovers her talent for lacrosse and whips the school's team into shape, getting them into the finals (to the annoyance of Harriet, who was the former captain of the team). On the date, Poppy finds herself falling for Freddie.

In her room, Poppy finds her roommates reading an email supposedly sent by Poppy, stating that she thought all of her new friends were losers. She then finds that Freddie has been given a similar email and is thereafter ignored by her friends. With no one else to turn to, Poppy sneaks down to the cook's room and calls Ruby, who accidentally reveals how much she dislikes Poppy, and that she is seeing Poppy's boyfriend.

Feeling even more alone, Poppy starts playing with her lighter and accidentally setting a curtain on fire. Hearing footsteps, she quickly puts out the fire and runs off. A few minutes later, she looks out her window to see a fire and wakes the school.

When they find that Drippy is missing, Poppy runs into the burning school to rescue her in the freezer (indulging

her ice cream craving). After the fire is put out, Freddie finds her lighter, and gives it back to her, refusing to listen to what happened and assume that Poppy was the one who lit the building on fire.

While Poppy waits for the Honour Court who will decide if she should be expelled, Freddie finds her crying and becomes convinced that the fire was an accident. During the hearing, Poppy tells her story, while her roommates find out that Poppy did not send the emails. Going to the court, they stand up for Poppy, and Harriet accidentally confesses to restarting the fire after Poppy had put it out.

The movie is left off at the lacrosse finals. Poppy's father comes to the game and is shocked by Poppy's dramatic change in appearance and how much she looks like her mother who was also captain of the lacrosse

Some months later, Poppy and her friends (including Freddie) are in the process of relaxing in Malibu. Poppy ignores Ruby's phone calls, now fully aware that she was not the friend she thought she was. The film ends as they prepare to jump off the cliff that helped her towards finding herself and making proper friends.

At the beginning, Poppy is portrayed as a typical rich American girl: spoiled, rude, narcissistic, and a big troublemaker. As the story progresses, it is hinted that she is insecure and she has still not overcome the death of her mother. She changes her physical appearance and, in the end, she is kind and sweeter to others, especially her family and friends. One thing that represents her change is when she dyes her hair from blond to brown. She leaves the past and welcomes the future. 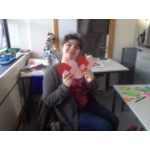 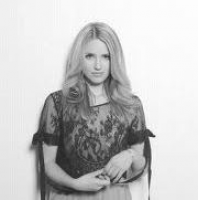